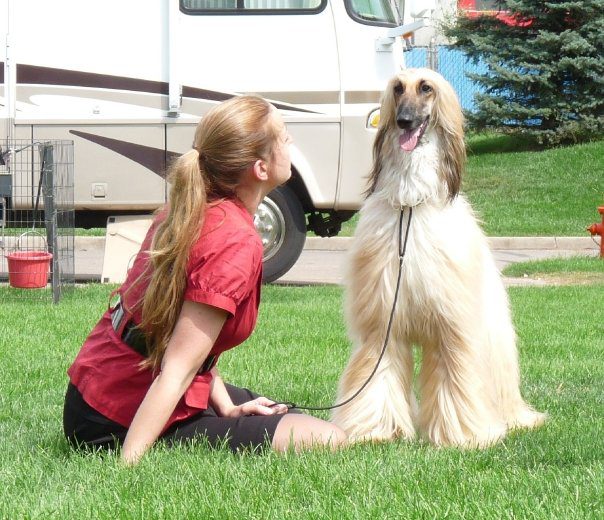 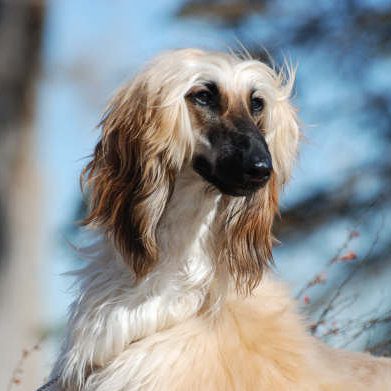 Ginger was my first Afghan Hound, born 12/14/2007.  I loved her personality and playfulness.  Very elegant and endearing.  She lived with me from puppyhood until she was 4 years old.  She was shown by myself and my sister, Jaclyn Kuzmich.  She should have finished at the Denver dog show cluster in 2011, going Winners Bitch and Best Opposite Sex over all of the female specials which should have sealed the deal.  There was a class dog that was rushed to the veterinarian, and a class bitch along with him.  So, the major win broke.  This was still a fabulous win for such a beautiful Afghan.  Her breeder, Peter Belmont finished her in Salina, KS before taking her back to breed her to Parker.  Parker and Ginger were the proud parents of 7 pups.  I raised the litter until they reached 6 weeks of age. Ginger has since been placed in a loving home for her golden years. 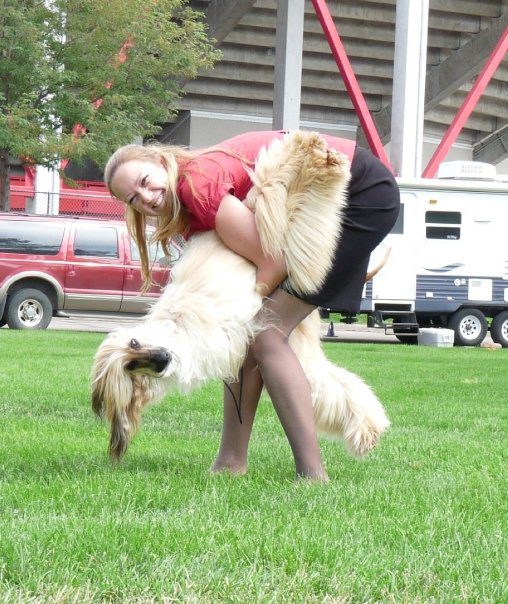 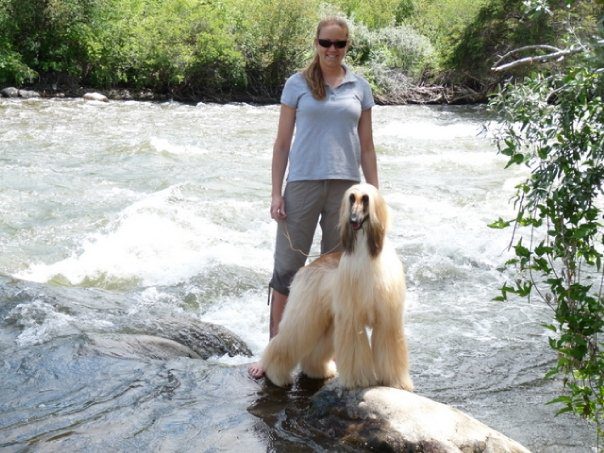 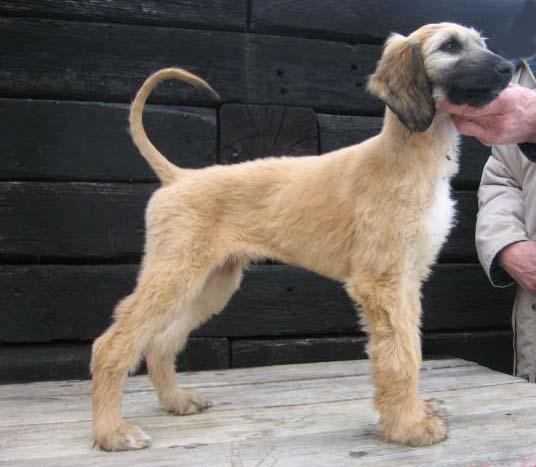